Further reading: Office Politics : How to Thrive in a World of Lying, Backstabbing and Dirty Tricks 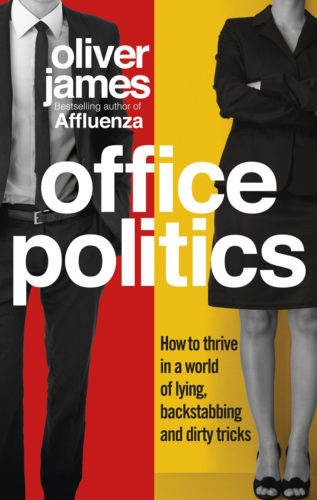 Jeremy Corbyn can win leadership contests, seats from the Tories, and British hearts and minds with barely any MSM help. The 2017 snap general election was clear – the British electorate trusts Jeremy Corbyn and no longer wants Blairite politicians who change their ‘principles’ to what they think the public want to hear.

Where to next for the Labour Party? Does summer 2017 mark a sea change in British political history?

This gives us an insight into how far that political party had moved its founding principles.

New Labour today is a distant memory but its supporters are still firmly entrenched in the Labour Party and hungry for power.

But at the ballot box the message from the British electorate was clear: They trust Jeremy Corbyn. No longer do they want Blairite politicians whose principles change according to what they think the public want to hear.

Where next for the Labour Party? And does summer 2017 mark a seachange in British political history?

There were plenty of embarrassing moments during the British 2017 snap general election but seeing opportunistic Labour Party MPs calling back to their leader after their incessant public condemnation of him was especially hard to watch.

It turns out that Jeremy Corbyn can win leadership contests from the Tories and British hearts and minds with barely any mainstream media help.

Labour party member and activist Crispin Flintoff says the Labour Party has done well but there’s still a lot of work to do.

“The Labour Party has more members than it has had for decades,” he said. “It has done fairly well in the general election and we’ve got a socialist leader, so that all sounds pretty good, but there is a lot of work that needs to be done within the Labour Party to make it a force for change to win general-election-after-general-election.”

Mr Flintoff says there are a lot of people within the party blocking Corbyn’s efforts. This is not just limited to MPs but people within the Labour bureaucracy: “Not just MPs but the regional offices, some people within the constituencies. These people don’t really want to engage the public. New members bring politics to the people.”

Writer and co-founder of Red Pepper Magazine, Hilary Wainwright, told Renegade Inc that Jeremy Corbyn and John McDonald have been successful not by going for the marginal swing voters but by targeting disaffected voters and people who have never voted before – young people and those who have abstained for many years.

“It’s a very different kind of Labour Party but one should never underestimate the old apparatus and the seats in the Parliamentary party,” she said. “These are people who above all believe in Parliament, so they hate this idea that the members have power, and the people, you know for god’s sake.”

The power and danger of vested interests

Ms Wainwright says there are people within Parliament defending their vested interests and the apparatus that sits behind it.

“They’d prefer a model of a political party where a select number of people control selections of candidates, policy and finance,” she says. “They don’t want people and campaigns financed in a crowdfunding kind of way way.”

Crispin Flintoff said many within old Labour would prefer it if they had quite a few rich billionaire billionaire benefactors.

“That way they get the money in and then they don’t have to worry about the oiks, or democracy” he said.

It helps that Corbyn has the unions on side.

“The unions play an important role in the Labour Party,” said Wainwright. “Normally they end up supporting the more conservative strategy but this time they’re behind Jeremy Corbyn and I think that will be reinforced by this vote.”

“Jeremy Corbyn could possibly win the next general election but there is no calling for mass membership,” he said. “The party is still funded by too few people, policies aren’t discussed, people are not engaged and local activists are not asked to put themselves forward for selection as an MP.

“All these things demotivate people. Then it will be easy for the conservatives to come back.”

Who are these people blocking progress?

Mr Flintoff identifies the general secretary of the party, Iain McNicol as one of the main barriers to change within Labour.

“The General Secretary is like the chief executive of a company,” he explains. “He selects all the people at a regional level. So it’s all from one person. He changes everything about the party. If Jeremy Corbyn a general secretary who was supportive of him then every selection would possibly go a different way.”

Mr Flintoff says McNicol has cone out of his way to prove  he doesn’t like Jeremy Corbyn.

“The problem with the Labour Party is that it’s like any institution: it has people who are the status quo who don’t want it to change,” he said. “They don’t want new people to come in and threaten their positions.

“If you’re a paid party official with a big salary and all the perks you don’t really want to open up the party to new people.”

There is another problem: Corbyn’s policies are too radical and too progressive for people who were really fanatical about Tony Blair not so long ago.

“Tony Blair was really a monetarist,” Flintoff says. “Blair really believes in the power of the ‘free-market’. If that’s how they feel about politics, how on earth would they suddenly like Jeremy Corbyn’s state intervention and and paying for stuff without possibly having the funds there in some kind of surplus?”

Ms Wainwright added that Corbyn is calling for accountability, whereas Blair simply wanted peace and order. That suited the MPs desire for job security.

“Democracy means nobody is secure,” she said.  “Now people are accountable. What you’re talking about is a bunch of Labourites who are fundamentally self-serving.’

Mr Flintoff says Corbyn has given Parliament some much needed shock-treatment.

“That may be true of any institution, it just needs some kind of shock to the system that says ‘no you’re not entitled to stay in your job forever and ever unless you change the way you’re doing things and engage people in the public and make sure that we build a mass movement,” he said.

“The reason I keep talking about a mass movement is the media and all the political establishment is so strong that it has to be some other engine that can combat them. If the party is seen as corrupt then people will lose faith and if people only believe in Jeremy Corbyn and not the Labour Party then they will leave as well. It won’t be that long before people leave and be disheartened.”

Watch the full interview above for more information on what Labour – and the Democrats abroad in the US – have to learn from Jeremy Corbyn.