Making your own way in the gig economy

It’s very easy to feel disenchanted by the new gig economy. Workers might rightly feel as though they have less stability and less bargaining power than ever before.

However, anthropologist and author of Down and Out in the New Economy, Ilana Gershon tells Renegade Inc. there are important ways workers can exploit the new economy for their own benefit.

A key lesson: “Use the logic of the gig economy to argue for your rights, for your own benefit,” she tells Renegade Inc., “while this new framework is still forming, figure out the cracks and say ‘ok, if I’m really supposed to be committed in this way, then companies better have a good recruitment strategy’. Companies ought to treat their potential employees and their contractors really well because otherwise they risk losing their workers later because workforces are so temporary.”

During her research into what it takes to get hired in corporate America these days, the anthropologist interviewed almost 100 people across the US – many of whom worked in Silicon Valley – about the different ways job hunters looked for work, and often failed to find it.

Below are some of the lessons gleaned from her research:

Me Inc: How to be your own CEO

The gig economy is full of contradictions. On the one hand, it wants you to believe that you have no rights while simultaneously thinking of yourself as a business of one: the CEO of Me Inc.

“The new economy says everyone should be their own business,” says Professor Gershon, “Bundles of skills, assets, qualities, experiences and relationships that must be constantly managed, nurtured and enhanced.

“What this means is that businesses now are supposed to be thinking of themselves as hundreds and thousands of CEOs, all working at a corporation negotiating and managing how to keep all these CEOs in a relationship with each other.” 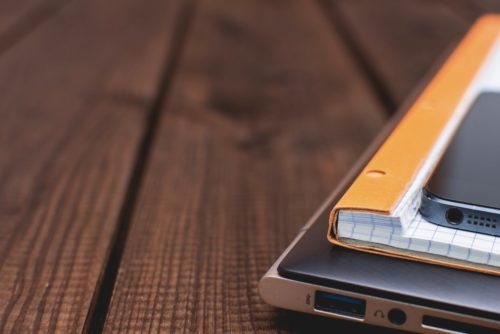 How to be Self-Employed in the “Big Society”

What could go wrong?

This new framework allows workers to have new expectations of their employers and safeguard their interests in new ways.

Employment as a business-to-business (b2b) relationship changes significantly the way people present themselves as a desirable employee, what it means to be a good worker and what working relationships should be like.

It also changes the threshold for professionally moral behaviour. What counts as exploitation? Can businesses do things now that count as exploitative that might not have been considered problematic a decade ago?

Of course, the framework of Me Inc has its drawbacks. A b2b relationship implies a contract between equals, yet this equality does not last in practice once you are hired.

It is up to workers and potential employees to ensure that the benefits of the job outweigh the risks, rewards and time cost investment.

“If you really commit to the logic of the gig economy, the question of why would you ever agree to have a boss is a really pressing one and it is a pressing one in very new ways,” she says.

“That question means people can rethink what workplace relationships are all about and say ‘wait a minute, the logic of the new economy encourages me to say ‘I don’t want to engage with this workplace hierarchy’. So whilst we’re caught in this new logic, a part of the logic could  disrupt the workplace as we know it.”

The anthropologist says that passion is important, but it can also be really problematic.

“Companies are substituting passion for company loyalty and trying to use that as the carrot that keeps people committed to working for them,” she says.

“But actually, it’s not as effective as they would like it to be. Because once you lose passion for the job, you have less reason to continue investing your time, or you might be interested in another job, or you might be interested in quitting and not working altogether for a while. Passion is not as useful for companies in the long-term, even though it’s a very good short-term solution, which is kind of the new economy in general: Wonderful short-term solution for companies, really crappy long-term solution”.

In other words, if you get rid of company loyalty and expect everyone to work for you out of passion, you better make working worth it.

Rather than choosing a job based on passion, Professor Gershon says it is more useful for workers to consider the lived dilemmas they will have to deal with at different jobs.

“In every job you work, you are going to have a ‘lived dilemma’ where you’re always going to be choosing between two things that you have to deal with simultaneously and you are always going to be given the same choice,” she says. “It looks like you can solve this but you can’t, you will always dealing with the same little dilemma.”

That requires a lot more knowledge about the role, the company, and the people in it than a quick Google search is going to provide.

This means upping your networking game, forming professional relationships with people across companies and industries to the extent that they can trust those people to provide accurate accounts of work life from the inside.

Mostly, Professor Gershon wants workers to understand they are not as powerless as the system would have them believe.

“That’s the freedom of the gig economy,” she says. “The decisions you are making in a real concrete way, your daily call that ‘I don’t want to deal with this crap’, is actually the way in which the system crumbles.”