The establishment is coming for Jeremy Corbyn.

That it needed to dredge up a two-year-old story about a damn mural demonstrates their desperation and the lengths it – and its media allies will go to – to prevent an anti-war party leader from assuming power. 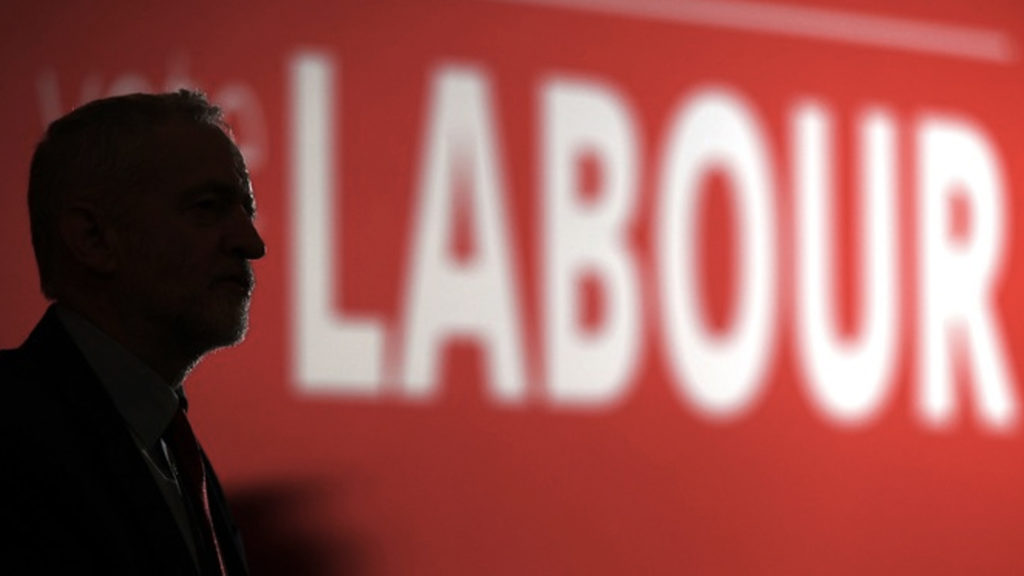 If you have been living under a rock for the last 24 months, Corbyn disputed the removal of an anti-plutocracy mural by Kalen Ockerman that featured a group of monopolists, two of which happen to be Jewish, sitting around a monopoly board. Some people – not I – found this offensive. He didn’t say he agreed with it. He simply supported its right to exist, government not being the body to protect people against dangerous ideas. Not that we need protecting. And if that were the case why was Tony Blair, the man responsible for the deaths of 1,000,000 Iraqis, given column inches he doesn’t deserve by the Independent, publicly shaming Corbyn for opposing apartheid, and all but demanding Labour MPs vote against their leader for not having the right views on Brexit? This after twice thrusting the UK and the world into another Middle East incursion on completely falsified grounds.

In any case, I am Jewish and the weaponising of anti-semitism offends me. We swore never again. Not just for us. But for all people. As a Jew and the grandchild of grandparents who signed up to fight totalitarianism, it offends me that Israel so conveniently turns the other cheek when it comes to the treatment of the Palestinian people.

Here is Shulamit Aloni, former Israeli minister, admitting in a radio interview that the Holocaust and accusations of antisemitism are used to manipulate those who criticize zionists.

Since the beginning of the year, the Israel lobby has put up a £1,000,000 bounty for Labour insiders to undermine Jeremy Corbyn, Jewish activist, Labour Representation Committee member, Secretary of Jewish Voice for Labour, and captain of the Gaza flotilla that was fired upon in 2010, Glyn Secker was suspended from the party for possible anti-semitism and then re-instated without apology for participating in a ‘Palestine Live’ forum on Facebook, and the Facebook page of the Safa Palestinian Press Agency which had more than 1.3 followers was shut down in a blatant instance of pro-Israel censorship. And there have been concerted efforts to prevent the publication and broadcast of Al Jazeera’s documentary exposing how the Israel lobby penetrates various levels of British democracy including the British Labour Party.

#UK politics, where a man who murdered 1,000,000 Iraqis is given column inches to preach morality to a man who was arrested for opposing apartheid. This is the twisted "morality" of our press, and our nation, clearly displayed. #Blair #Corbyn #IraqWar #Antisemitism

No matter what Benjamin Netanyahu might tell you, it is not anti-semitic to question the state of Israel and the lengths it will go to, to protect its military and territorial sovereignty. Nor is it anti-semitic to yearn for a two-state solution. Believe it or not there are rabbis living in Israel right now, who are not pro-zion. Nuance. It’s a thing.

The push for Corbyn to resign or water-down his platform demonstrates what a threat he poses to the Israel lobby and its allies in government, and the opposition.

Because with Corbyn at the helm, Israel and its allies might be required to follow the letter of international law.