More than six million displaced Syrians have been forbidden to return home by the US and its allies, but are still expected to help the west to overthrow President Bashar al-Assad via ballot, having failed to topple him militarily. 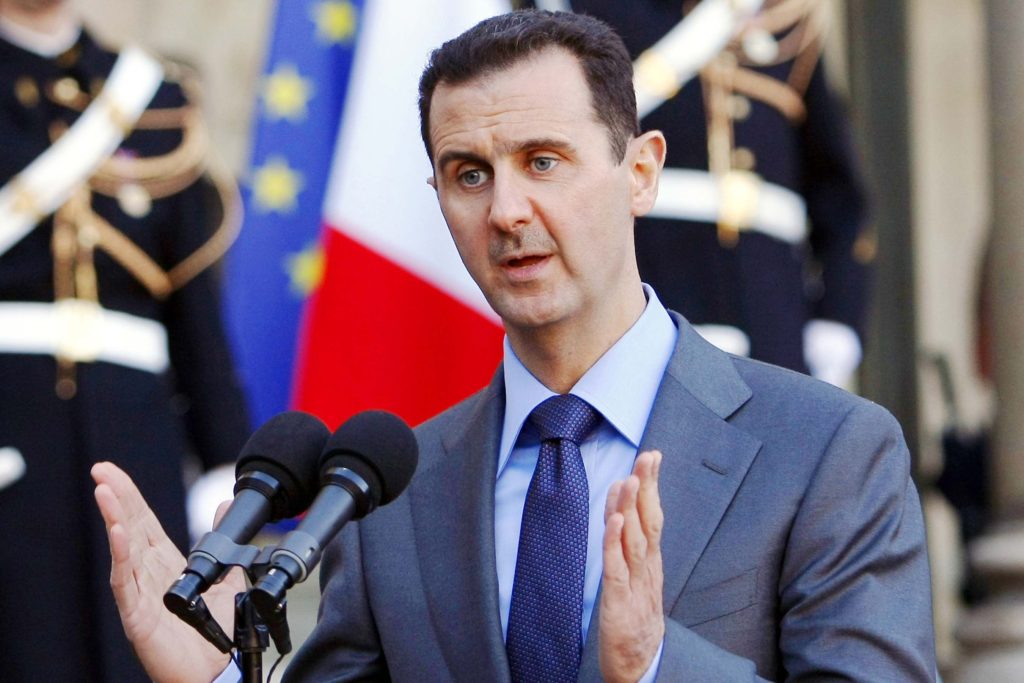 The US and their regional and western allies who were heavily involved in fuelling the war in Syria have lost the battle to change the regime by military means. Nevertheless their attempts are not over: on the contrary, they are preparing for the biggest battle of all- to remove Syrian President Bashar al-Assad through the ballot and more specifically by using the votes of millions of refugees spread outside the country and away from the control of central government in Damascus.

According to the United Nations, there are around 6 million internally displaced refugees and 5.1 millions outside Syria (mainly in Turkey, Lebanon, Jordan and Iraq), plus around 1 million in Europe.

Nations hosting Syrians receive constant recommendations to keep these refugees where they are and prevent them from returning to Syria, and particularly to the areas liberated by the Syrian Army. Countries like Lebanon received serious warning that the return of Syrian refugees is a “red line” and cannot happen at any cost (apparently because “their role hasn’t come yet”).

The recommendations for the return of Syrian refugees were set under three conditions: they should return voluntarily, in a safe environment and without national threat at home.

How can these three conditions be met? Firstly, no refugee would willingly return home when substantial financial help is offered in the host country (which represents a fortune in comparison to what they can earn back home). Secondly, the war in Syria hasn’t ended yet, making a safe return for all refugees impossible. Thirdly, most refugees outside Syria are considered hostile by the government in Damascus, therefore they fear for their return despite the ongoing reconciliation program established by Damascus in the last few years, calling for all anti-government elements to return home safely.

The international community is preparing for the forthcoming early presidential election in Syria, with international supervision requested through the United Nations in and particularly outside of Syria where millions of refugees are a way to show that Assad is not supported by millions of Syrians. Damascus, on the other hand, is aware of these preparations and will reject any hint of violation of its sovereignty. The Syrian government is wary of previously established experience in election manipulation and corruption in neighbouring Lebanon, when Saudi Arabia invested two billion dollars to gain a few extra seats at the Lebanese Parliament for its proxy “the Future Movement” led by the current dual national Prime Minister, Saad Hariri. Damascus will therefore certainly not give way in the ballot what is has won after more than six years of war, particularly since the countries of the region have already lost their investment of hundreds of billions of dollars in weapons and finance to bring about change in the Syrian regime.

The battle of Deir al-Zour

On the other hand, the race towards the northern-eastern city of Deir al-Zour between Russia and the United States and their respective allies on the ground in Syria is now clearly under way.

High ranking sources in Syria believe that whenever the forces of the two superpower countries meet on one common territory, there is always a compromise: the US and Russia take into consideration each other’s mutual benefit and rather compromise instead of clashing, like the deal in south Syria that was concluded to the dislike of respective allies. But Deir al-Zour is a special case for the following reasons:

1) Oil and gas were discovered in 1930 during the French mandate and are the most important components of the Syrian economy with oil reserves of 2.5 thousand million barrels and a total production of 400.000 barrels per day (b/d) (prior 2011). When ISIS occupied a big part of the country, it has controlled 80% of the fields with a production of around 65.000 b/d while Damascus controlled 8% with 10.000 b/d and the YPG Kurds 12% with 25.000 b/d (with 1322 oil wells – most of these not working today – connected to Homs refinery and 25 gas wells). Syria exported part of its oil production accounting for 30% ($4.5billion) of its general revenues even though many oil and gas fields are not yet exploited.

Syria’s main oil production comes from eastern Deir al-Zour province and al-Badiya. In Deir al-Zour alone, the most important oil field in the Euphrates is the Omar field, 45 km southeast of Deir al-Zour, discovered in 1987, and producing 80.000 b/d (declining in several stages due to mismanagement over the years). Other oil fields in the same region, Tayyem, Ward, Maleh, Qahar, al-Qarrata, Derro, Sijan, Azraq, Tanak and Jafar (alone producing 60.000 b/d), all these were under ISIS control with reduced oil production (due to the condition of existing and primitive equipment and refineries) of around 40000-42000 b/d from Deir al-Zour only.

2) Since Deir al-Zour was surrounded, the Syrian Army, the National Defence forces and Hezbollah are present in the city and defending it against ISIS attacks.

Therefore the race towards Deir Al-Zour is to Russia and its allies’ advantage because it has human resources and troops, advancing from three fronts towards the surrounded city and is a few dozen kilometres away from its airport where ISIS is based, while the US forces are lacking sufficient proxies on the ground and human power to expand their control towards Deir al-Zour and its oil fields (the primary target because it is a race for oil rather than territory). The Kurds (fighting under US command and guidance) see no reason to invest casualties in a city already occupied by the Syrian Army and its allies, having no Kurdish majority in it, and forced later to deliver it to Damascus and to the Arab tribes controlling the region.

The US occupation of the north-eastern Syria can’t last for long after expelling ISIS from the area for lack of legal excuses. The US State Department said its forces wouldn’t stay in the country after defeating ISIS. Nevertheless, all terrorism and counter terrorism researchers agree that terrorism can’t be defeated but only contained, (and its finances dried up,) and it will always keep cells capable of hitting anywhere in the world as long as it can recruit or find followers ready to join terrorist groups- those reasons are not lacking.

Meanwhile, the Syrian Army and its allies, supported by the Russian Air Force, are advancing towards Deir al-Zour where the last ISIS stronghold began, down to al-Mayadeen to reach albu-Kamal, and also towards al-Qaem, the Syrian-Iraqi borders. ISIS forces under pressure from Iraq and Syria are gathering in the area, where it will offer its last battle on the Euphrates. The last battle will (inevitably) be coordinated between Damascus, Baghdad and Iran, Russia and the US to prevent ISIS from crossing the borders on one side or the other when hunted down, when it will be deprived of the last piece of territory on both sides of the border (expected in the Summer 2018). ISIS is gradually losing all territory and with it, its strategy to form a “state”. It is also losing all the regional support it enjoyed in 2014 and 2015, and, above all, the society that held it and protected it is giving up on ISIS, following the bad governance and bloody rule inflicted on the population.

The fall of Saddam Hussein and the occupation of Iraq in 2003 gave great support to ISIS (called at the start Ansar al-Islam, then Al-Qaida in Iraq and other names later). Many Sunni in Iraq and Syria followed on with this extremist takfiri and Wahabi-originated ideology. Nevertheless, the study of this phenomenon will continue for years to come, in order to understand its popularity, its success and the reasons behind its failure and collapse.

Wars in the Middle East are coming to an end and is exhaling its last breath this year and part of the following year. However, throughout the years of war, it gave birth to many terrorist groups that are gradually melting today within the society or going underground to continue their useless armed struggle with a total absence of any strategic objective that could ever be reached “one day”.

Middle Eastern people are not used to sitting around a table, accepting one another’s differences without conspiring one against another, and without using the power of finance to support wars, kill their own people, destroy their belongings and even physically displace the next generation, itself raised to hold and even relive the memory of war and destruction. But the superpowers will remain in control of territories, above the ground, looking after their own interest in the Middle East and ruling most of the population that is still apparently immature to rule itself and solve its own problems among themselves.

This story was originally published on elijahjm.wordpress.com and was reproduced with the permission of the author.

Elijah Magnier is a Senior Political Risk Analyst with over 32 years’ experience covering Europe & the Middle East. He has in-depth experience, robust contacts and political knowledge of Iran, Iraq, Lebanon, Libya, Sudan and Syria, specialising in political assessments, strategic planning and political networks. Magnier has more than three decades of experience dealing with intrinsically difficult situations in a broad spectrum of situations, interacting with leaders and fundamentalist movements in war zones and areas of growing instability.