Why will interest rates likely rise in the US under the new impending chair of the Federal Reserve, Jay Powell? Because he is tall. Or so says financial journalist and editor of The Constant Investor, Alan Kohler. The ABC last week reported that US interest rates, far from being connected to political events or changes in the economy, are correlated to the heights of the respective Fed Chairs who sets them:

“The tallest was Paul Volcker (who was Fed Chair) in the early 80s at six foot seven, he took interest rates to 16% to crush inflation,” said finance journalist and editor, Alan Kohler.”Then Alan Greenspan, who was just six foot. Interest rates came down (to around 8%). Ben Bernanke, five foot eight brought them down even further (to 4%) and then under pocket-sized Janet Yellen – all of 5’3 – interest rates were lowest in history, although she has lifted the Fed’s fund rate by a full percentage point by now. Jay Powell is six foot. Rates are going to keep rising.”

With more than 46-years of reporting under his belt, Kohler is an authority on finance and a journalist of for whom I have great professional admiration, particularly for this piece he wrote on the impact of political dysfunction on Australia’s dwindling productivity. I have no doubt that he would be the first to tell you that there is a significant difference between correlation and causation. And while this segment might make for a nice whimsical piece of television, it simply doesn’t pass muster.

In reality, interest rate decisions have nothing to do with height and everything to do with central banks trying to return interest rates to what it perceives to be ‘normal levels’. In the US this is around 4%. Except as renegade economist and friend of the show, Professor Steve Keen will tell you, the levels of outstanding private debt are three-to-four times what it was when the Fed used to make 1% moves up or down, rather than a fraction of a percent. Rates should and will (with any luck) likely never return to previous levels and we should stop pursuing an equilibrium which no longer exists.

A rate increase will likely result in the following: 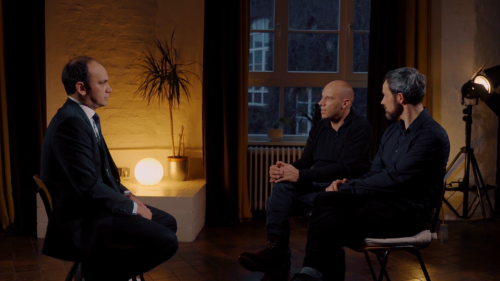