The Cambridge Analytica revelations are not proof of some internet voodoo magic, they have merely demonstrated, perhaps for the first time, how online advertising actually works.

Except that, according to UK consultant, Matt Muir, we don’t even really know if it works. Anyone who has worked in sales or participated in a commercial pitch meeting can tell you how frequently the effectiveness of whatever it is they’re selling is overstated. According to Muir, Cambridge Analytica is no different.

About half a dozen friends and colleagues have worked with Cambridge Analytica as clients over the last three years, not a single one of whom were impressed with its work, Muir says, let alone thought they were developing or working off hugely sophisticated ‘insights’.

“‘Shysters’ and ‘spivs’ were the two words most often used to describe them.”

In other words, just because something doesn’t work, doesn’t mean you can’t sell it. Buying into the CA revelations too deeply ignores the role of free-will, human error and decision making.

“I personally believe that the narrative surrounding this – about ‘dark arts’ and Machiavellian data geniuses working behind the scenes to dismantle democracy, in the pay of some sinister eminences grises, which I believe to be false – is in danger of making us ignore some more fundamental issues with popular attitudes to democracy and representation in 2018 which might be somewhat more real and important,” says Muir.

“Although maybe I’m totally wrong and it really is all being masterminded by a cabal of billionaires and the Illuminati.”

Muir says there is massive public ignorance at exactly how modern digital marketing works and how it can be used, which is reflected in the tone of horrified outrage that has dominated much of the story’s coverage.

“The meat of the story – leaving aside the larger question of electoral interference and maleficent actors attempting to fiddle with democracy – is that people are really, really upset about the fact that a whole load of information about themselves which they made available to an advertising company is now being used to target advertising at them,” he says. “It’s a bit like Carole Cadwalladr ran into The Guardian newsroom shouting ‘guys, guys…I’ve READ THE TERMS AND CONDITIONS! They use all this stuff to ADVERTISE to us! ANYONE can do it!’ and went from there.”

Muir says the reporting around Cambridge Analytica has been hugely unhelpful, framing it as magic when in fact it’s just how people sell you stuff in 2018, including ideas.

“Ideas are stuff too,” he says.

“There is, though, a larger issue in that I believe that there are significant numbers of people being exposed to online marketing (political or otherwise) who simply aren’t equipped to understand how it works, or to apply a layer of critical thinking to what they see,” he says.

The consultant says there needs to be a significant education programme undertaken by media in order to inform people as to a) how this stuff works; b) what it is used for; c) how they can equip themselves to manage it.

Most commonly, psychographics focuses on predicting attributes measured by the Big Five personality scale: openness, conscientiousness, extraversion (or introversion), agreeableness, and neuroticism, or OCEAN for short.

“What CA are claiming is that they can use the Facebook data they have (basic profile info, geography, and ‘likes’) to determine their likely position on the OCEAN scale, and from that determine an individual’s likely response to certain hot button issues, or likely political position, and the likelihood that they could be mobilised, etc,” says Muir. “That’s…quite a series of leaps.

“Is it possible to determine someone’s personality and likely voting intention to any significant or useful degree of accuracy based on their track record of ‘Liking’ brand pages? It seems, shall we say… a stretch.”

Nothing Cambridge Analytica did was illegal, and the revelations have finally shone a light on how users’ data has been commoditised and sold over the last decade, not simply by the Trump / Bannon campaign but anyone with the right amount of cash up their sleeve.

Between the Cambridge Analytica revelations and the claims of Russian election hacking, it seems as though we are grasping around for someone – or something – to blame for the Trump Presidency and Brexit referendum, while ignoring the most obvious reason: Voters are sick of being left behind.

In the short term, Muir says we are likely to see a shift away from the standard ‘caveat emptor’ position, “based on the fact that the buyers in question can’t, as things stand, always be aware of how their data is being used because this detail is buried in kilometric volumes of legalese”.

Facebook founder, Mark Zuckerberg will have to make some difficult decisions and have some uncomfortable conversations over the coming months to turn this sinking ship around and steer it towards high land.

If ridding the social network of intrusive advertisers and political lobbyists is what it takes to make it happen, I don’t think you’ll find much protest from its users, without whom there would be no Facebook in the first place. 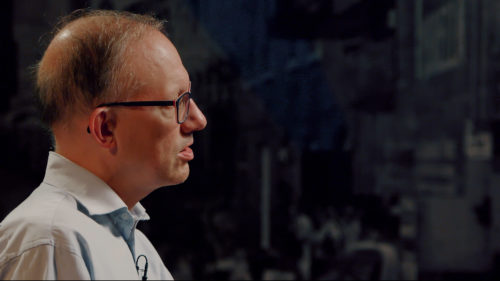