Before we all start frothing at the mouth over the recent indictments by Robert Mueller over alleged US election interference by the Russians, let’s get a few things clear:

We do not yet have any evidence of any collusion with the Russian government. What we do have evidence of however, is the overwhelming influence of foreign money in US politics.

George Papadopoulos, former member of the foreign policy advisory panel to Donald Trump’s 2016 presidential campaign was indicted this week for lying to the FBI, along with his colleagues Paul Manafort and Rick Gates who were charged with money laundering and failing to register as foreign agents.

The text of the Papadopoulos indictment says that he met with a Russian professor, Joseph Mifsud of the London Academy of Diplomacy, in April 2016 who claimed to have knowledge of “thousands of emails” collected by the Kremlin that contained “dirt” on Hillary Clinton. The details of the emails remain unspecified.

In previous meetings with the FBI, Papadopoulos claimed the conversation took place before Trump’s election campaign when in fact it allegedly occurred during the campaign.

Papadopoulos claims Professor Mifsud introduced him to a Female Russian National he thought to be Putin’s niece (she wasn’t). Mifsud denies these claims.

From the New Yorker:

“According to the plea agreement, the Professor and the Female Russian National (who was not Putin’s niece) promised Papadopoulos that they would introduce him to the Russian ambassador in London. They were lying. But that’s O.K., because Papadopoulos lied, too: he reported back to the campaign that his “good friend” the Professor and “Putin’s niece” had introduced him to the Russian ambassador. A campaign supervisor praised his effort: “Great work.”

“Reading the plea deal is a bit like reading the minutes of a Politburo meeting, in which every speaker rises to report a triumph and receive a round of applause and everyone is lying. Bonuses and medals are dispensed for roads constructed or steel produced in the imagination—and the ritual is the sole point of the exercise.”

According to emails read by the Washington Post, Papadopoulos appears to have been overly eager to arrange meetings with staff within the Russian government, triggering immediate concerns within the Trump administration.

However, Papadopoulos’ own Russian professor at De Paul University, Richard Farkas, put a dampener on the allegations, claiming his former student was “simple and a zealot”, not a particularly hard-working and a person that was prone to hyperbole. (He has embellished his resume on at least three occasions).

“There’s no likelihood he could access it effectively,” Professor Farkas told NPR. “I think he probably was just embellishing.” (The professor has taught at DePaul for more than 40 years).

“I’ve been teaching about this part of the world and know people in Moscow. I don’t think I could access people at that level, not at least without really working it.”

We know that Russian influence wasn’t the only interest’s Papadopoulos was prepared to peddle: He also met with Greek and British officials, as well as a right-wing Israeli think tank.

Trump’s former campaign manager, Paul Manafort, and his protege Rick Gates, were indicted for money laundering and failing to register as foreign agents. The pair failed to disclose their work for former Ukrainian President, Victor Yanukovych. The charges reveal that Manafort laundered “more than $18 million” through offshore accounts while working for the corrupt former Ukrainian President and that he and Gates used the funds to purchase multi-million dollar properties in the US. Manafort then “borrowed millions of dollars in loans using these properties as collateral, thereby obtaining cash in the United States without reporting and paying taxes on the income.”

The Foreign Agent Registration Act lists 211 post-Soviet “foreign principals” that have hired US lobbyists, PR and law firms to represent them (and those are just the ones we know about because they bothered to register). Of these 211, 78 were from the Ukraine, 54 from Georgia, 44 from Azerbaijan, 34 from Kazakhstan and 19 were from Uzbekistan.

Meanwhile, the Podesta Group, a Democratic lobbying firm – from which co-founder and CEO Tony Podesta stepped down this week –  acts as a lobbyist for Egypt in addition to the Brussels-based European Centre for a modern Ukraine. The pro-Russian nonprofit reportedly hired the firm to improve the image of former Ukrainian President Viktor Yanukovych after Kremlin veteran, Gleb Pavlovsky, led his campaign to defeat in 2004, along with riots over claims of vote-rigging and the ascendency of his rival, Viktor Yushchenko.

(The firm formed in 1988 by brothers Tony and John Podesta. John would go on to chair Hillary Clinton’s presidential campaign, while his brother lobbied for funding).

Tony Podesta, while also one of the top financiers of Hillary Clinton’s presidential campaign, is also a registered foreign agent of the Saudi Government which hired the group in 2015 and pays his firm $140,000 a month.

The Podesta Group was hired to counter the negative press coverage over civilian casualties from airstrikes in Yemen, its crackdown on political dissidents, including the sentencing of blogger Raif Badawi to 1000 lashes and ten years in prison for insulting Islam. It also advocated for Saudi Arabia during Shia protests after the execution of prominent peaceful dissident, Sheikh Nimr al-Nimr. The Podesta Group provided the New York Times with a Saudi commentator who defended the execution.

No conflict of interest there. Nope. Nosiree Bob!

And while Trump was elected off the back of his promise to ‘drain the swamp’, he has hired five Goldman Sachs alumnists to work in top positions inside his administration:

So at present, Mueller is relying on a notorious liar, a man with a long history of corruption and his equally corrupt protege to turn state’s evidence on Trump, a President with whom the three have long-standing relationships.

From what we know from the documents, nothing Papadopoulos has done so far reaches the level of criminal, let alone evidence of some kind of Russian government stitch-up.

Manafort and Gate’s actions could have been totally legal if only they had bothered to register as foreign agents and, you know, pay tax.

There has been some speculation that Papadopoulos has likely been wearing a wire for at least the last few weeks.  The expectation is that all three can be leveraged to turn state’s evidence on their employer, Donald Trump. And while I want Trump gone as much as the next guy, the grounds for his impeachment must be real.

Nothing in the documents makes any tangible connection to the Kremlin. And relying on a known liar and two embezzlers for accurate information is wishful at best.

The problem is, no one in Washington, least of all Trump, wants the state of campaign funding to change. The influence industry is already reeling at Mueller’s recent revelations. If nothing else, the Mueller investigation demonstrates that when it comes to lobbying influence the Democrats are as happy to line its pockets as the Republicans across the aisle.

It would be a truly delicious irony if these trumped-up Russian allegations become the catalyst for campaign finance reform.

Nobody really wants to drain the swamp, least of all the Democrats (which, incidentally, is how the party has totally ceded the high moral ground. It is too busy cashing cheques to address inequality and must now rely on its single-weapon of identity politics). Which is why Mueller and the US intelligence services needs this Russia investigation to succeed.

Because otherwise both parties might be forced to ban foreign donations.

And we can’t have that. 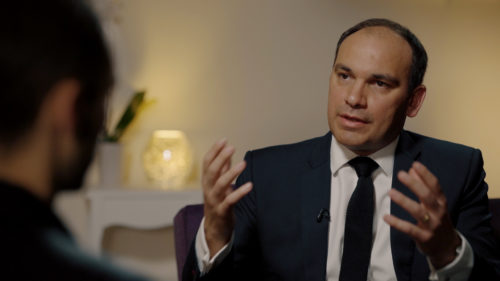